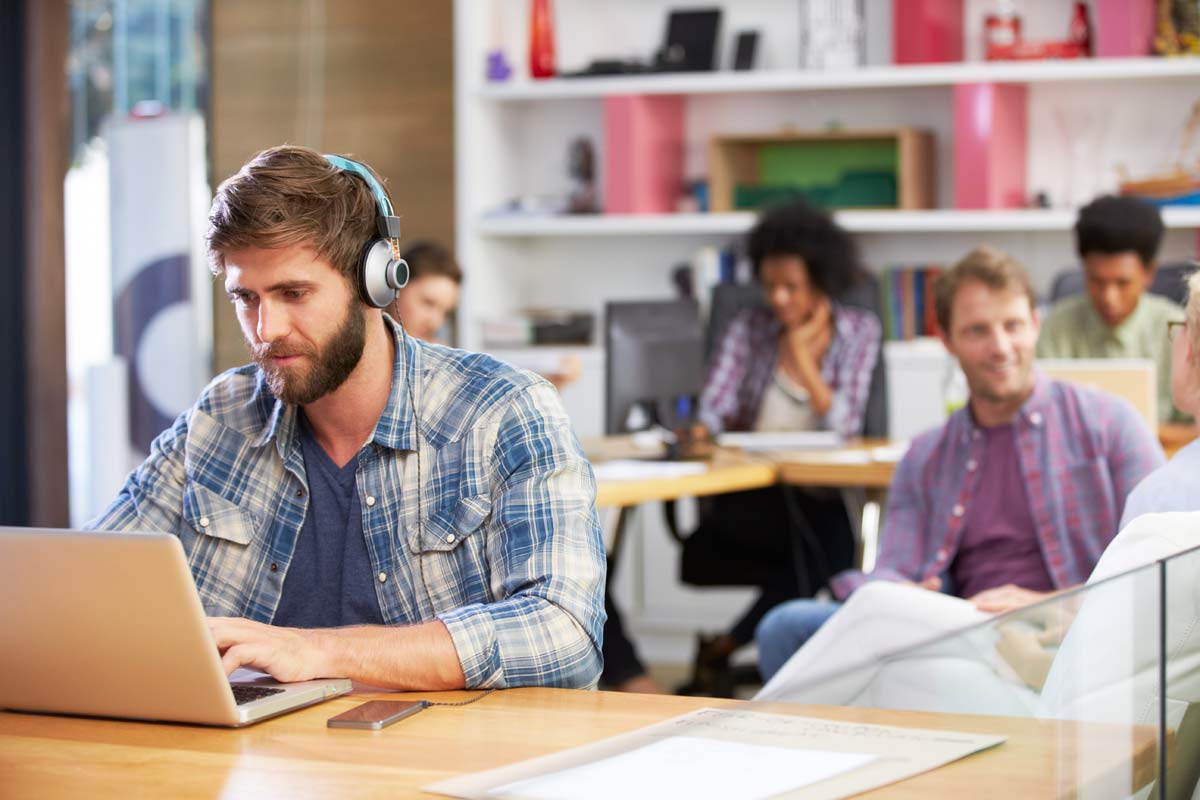 A Guide to Hot Desking

If you’ve entered any professional office lately, you may have heard the term “hot desking” floating about. A large number of companies have jumped on the hot desk bandwagon in search for greater efficiency and teamwork with reportedly varied results. So what actually is this modern productivity system and how does it work? We’re here to find out.

What Is Hot Desking?

Hot desking is the practice of having a pool of workstations that can be used by anyone, rather than the typical practice of having a set spot for every employee. In a bid to ensure everyone still has a place to leave their personal items, each staff member that is a part of this hot desking system is allocated a locker or storage space in which they can leave their things.

The set up of the hot desk system is having each desk set up with a standard computer dock and attached screens that are ready to go so there is no hustle and bustle of attaching cords and turning on buttons before you begin your day, you simply click and go.

Why Was The Idea Invented?

When the idea of hot-desking was initially discussed, it was sold to workforces as a way to increase collaboration and promote team effectiveness, but there is another major advantage to this concept, cost. Office space is typically the second-largest cost for organisations after labour; some research suggests that up to 40% of office space is vacant at any one time, by introducing hot-desking, should theoretically reduce this waste as fewer desks need to be installed.

Whilst the underlying advantage for the business is largely in cost-saving, this should not be the sole reason to implement it. This will likely lead to unsuccessful and negative office culture.

When Do Hot Desks Work?

Hot Desking in the workplace can absolutely work. It seems to work best when it is done with a smaller team that are able to see both benefits in cost, as well as effectiveness within the team. Hot desking can become more problematic when there is a blanket role out amongst a larger organisation. Large companies are often spread out amongst multiple floors, and logistically this would not work when you’re trying to solve a problem and yet have no idea where to find the relevant parties to assist you.

There are also legal measures that have to remain in place, for example, in a larger organisation, an HR department are generally not able to work within a hot desk arrangement due to the confidential nature of their work.

Hot desking can be especially effective in two situations. The first is when there is a team that are rarely in the office together at once. And the second is when there isa team that do projectct work within a fluid team of personnel.

How Can I Make It Work For Me?

It is important that hot desking is part of a broader workspace strategy. There should be a variety of areas for staff to work in if the hotdesk doesn’t suit their task or work style. So, If you do decide to implement this change, it is vital to do thorough research and have a personalised consultation with each staff member  it will affect.

As this is a large change, it’s important to have a manager to oversee the situation, and is still able to effectively work within the changing office climate. It is important to check in regularly during the implementation stage and work through any issues as soon as they arise, rather than leaving them to grow on their own.

Factors To Consider Prior To Implementation

The Technology At The Hot Desk

When implementing the hot desk system, each desk must be set up with an easy to use a docking station and screens for laptops or else thin clients to minimise wasted time setting up at the start of a day.

Today, many VOIP phone systems these days have the ability for operators to log in for switch operators to transfer calls. As well as that, organisations tend to use mobiles to overcome the reachability issue. Nevertheless, even VOIP systems often come with a mobile app today, which gives the best of both worlds.

It is vital to properly research your wifi network and not opt for a cheap one simply because it is cost-effective. A good network has no dead spots which makes for happy and productive staff.

Hot desking allows staff members to embrace the many technological tools that invite higher levels of collaboration. Services like Slack, Skype and Microsoft Team are great ways for staff to keep in touch, and can also increase the effectiveness of mobile and remote staff. Team members are able to connect and collaborate without even needing to be in the same room.

What Are The Overarching Pros And Cons?·

Hot desking is an incredibly cost-effective workspace strategy, and for smaller businesses that only truly utilise a partial amount of the office, it is a far more efficient use for them. When implemented correctly it is also a fantastic way to promote collaboration during project work and can encourage cross-training opportunities throughout different departments.

However, as with any new concept, there are also cons involved. To employees who have only ever worked in a traditional office, it can be difficult to adapt, and with no set desk to set up in, there is no hope for personalising your space, which can alienate certain people. And, whilst a set desk means that technology problems can be contained to one person and can be quickly fixed, hot desking can cause this issue to become larger and therefore wastes time at the beginning of the work day.

Finally, the lack of privacy can be a difficult change to make, and when implemented in a larger office, it can become difficult to find the person you need. And, much like in our school days, people can end up simply claiming desks for themselves, or alternatively, causing tension to arise over who gets the “best desk in the office”.

What Are Some Hot Desk Variations?

“Hoteling” is a variation of hot desking that allows people to reserve desks in advance. This secures the benefits of hot desking while alleviating the daily stampede for seats. Tools such as Skedda and Google Calendar offer desk scheduling facilities.

There is also the concept known as “zoning” or ” neighbourhoods”, which is when there str designated areas in which team members can work together. This can be a temporary arrangement, for specific projects, or if it works well, even a permanent one. But take care to ensure that people don’t see it as a way to use the same desk every day.

Even with hoteling and zoning in place, competition can still be fierce for the “best desks,” so, as an authority figure, lead by example, and sit at a different desk each day yourself. If more persuasion is required, consider asking people to move if they monopolise favoured desks.

Complete the form below and we will call you back to discuss your project requirements.